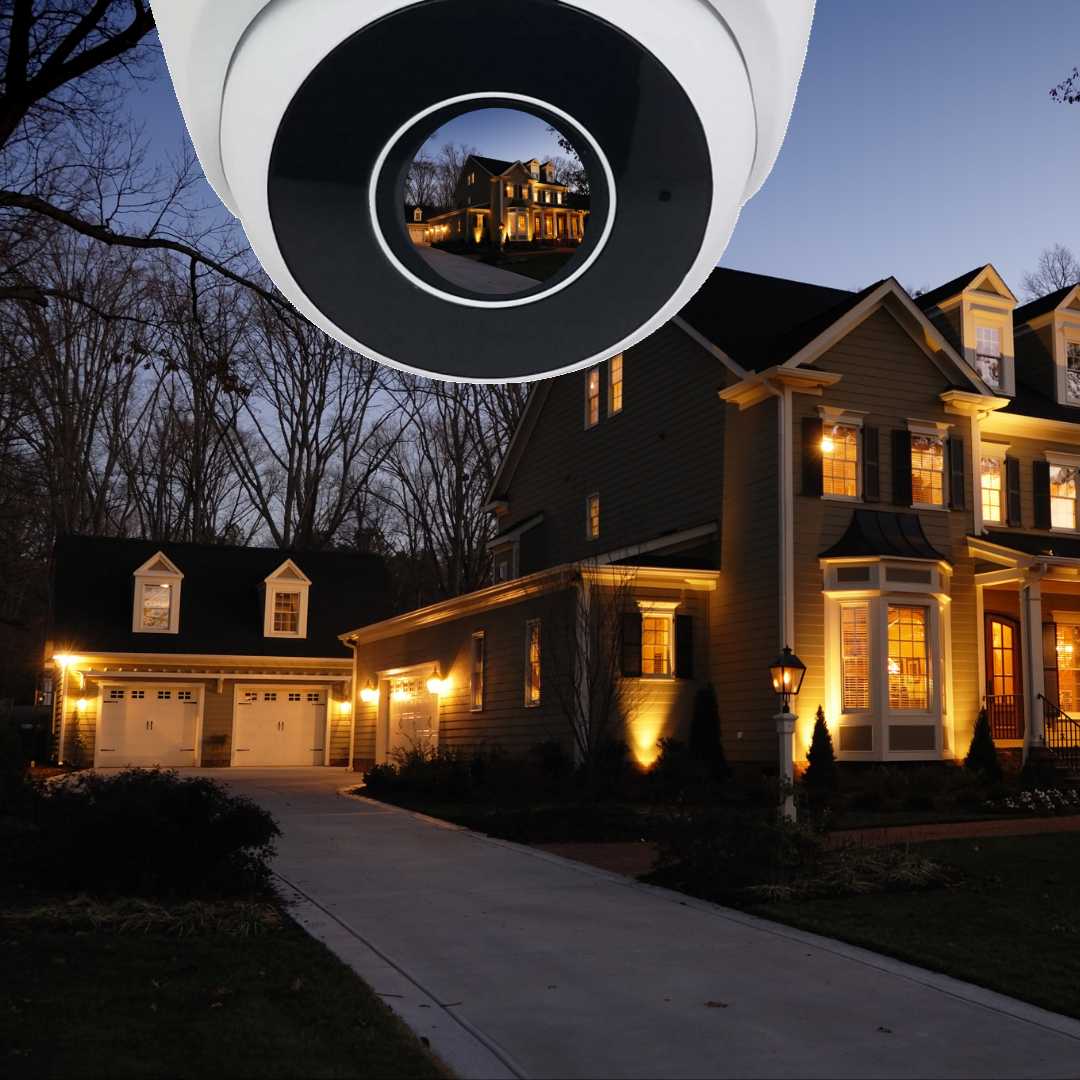 Starlight cameras are becoming extremely popular. The name is synonymous with color at night technology and offers impressive results.

For the common consumer, starlight is a confusing term that they simply do not understand. What exactly is a starlight IP camera, how does starlight work, and what’s the difference between starlight and infrared cameras?

We will try and clarify the definition of starlight and how it applies to our Eclipse Security cameras and offer insights into starlight CCTV cameras.

What is a starlight camera?

How does starlight work?

Starlight adopts larger image sensors with an aperture that is wider while reducing the shutter speed to allow lighter in. This technology suppresses noise in the video and provides exceptional sensitivity while giving clear images at night. These clearer images allow for full color and more detail to be observed during dark scenes.

Here are some real-world examples of starlight vs Black and White.

Starlight vs infrared. What’s the difference?

Starlight has the upper hand when compared to cameras with simple infrared. Starlight night vision offers superior night vision than typical infrared night cameras. The image clarity and quality of starlight cameras offer color at night even in low lighting conditions. IR cameras have to use infrared to offer a better image at night.

What makes starlight cameras stand out?

This allows for cleared detail at night for facial recognition, license plate viewing, and better capture of your surroundings.

Since most security cameras on the market simply depend on infrared light reflection to produce night images this means that the distance for viewing is based on the IR distance. Since starlight cameras make use of natural lighting they allow for further distances and better clarity since there is no dependency on simple infrared.

The cost of starlight CCTV

Eclipse starlight security cameras do not break the bank.

Where should you install starlight CCTV cameras?

Starlight technology allows you to expand coverage throughout your home or business. With greater visibility and night vision, starlight security cameras could be used in expanded situations, like front and back yards, parking lots, warehouses, hotel lobbies, and low-lit retail stores or offices.

Starlight has the advantage in open areas since they offer farther-reaching night vision which can be used at airports, farms, streets, highways, and tourist attractions.

Starlight technology allows for better security since events and crimes will be recorded in more detail allowing for better live viewing and recorded events that can later be used to prosecute in the event there is a crime.